The benefits of Respite have long been known, but the quality of the care provided is crucial in making the whole thing work. This week we sent along Life Skills Coach Nick Hermann to ILS's respite facility in Cilcennin, Ceredigion to see what goes on.

On arrival at 9am, I might have been forgiven for thinking the occupants would be sitting in pyjamas, sipping tea and leisurely contemplating what to have for breakfast. It's a holiday after all. Not a bit of it. James was already showered, dressed, breakfasted and ready to do some chores. On shift this morning was Rik and getting busy seemed to be order of the day. According to the planner, Thursday was one of the laundry days, so James was happy to gather up dirty clothes and put them in the washing machine. He added fabric conditioner and a tablet, set the cycle running and finally folded up the previous days laundry and put them away. James's reward was a sit down with a nice coffee and a chance to chat about the upcoming day's activities. On the agenda was a trip to Aberystwyth with some stops along the way.

One of the chief advantages of having a diverse and large pool of qualified staff is being able to assign the right people to the job. ILS support worker Rik Mobray has extensive local knowledge and this was put to good use as soon as we left the care setting. First up was a farm gate on a quiet country lane where we stopped to feed horses with carrots that we'd remembered to bring along. James loved this! Next stop was to Blaencamel organic farm. Whilst we didn't walk through the woods to see all the sculptures and woodland features on this occasion, we did stop to see tractors (one of James's favourite things) and the farm workers planting seeds in the giant green houses. Now that James knows the place and becomes familiar with it's sights, smells and sounds, we can go back again later on in the year and try exploring more of it's wonders.

After a good natured and fully engaged car journey, we arrived at the Aberystwyth Arts Centre. It was a sunny morning so we enjoyed a stroll around the site's exterior before heading in to the cafe for a refreshment. Sitting amongst the art works and photographic exhibition James enjoyed an ice cream. James didn't want to see the rest of the building as it was starting to get much busier with people, so we headed back to Cilcennin to make lunch and begin the afternoon activities.  Just like our journey up to Aberystwyth, on the way back we found a nice detour and were able to admire this little known view. However it was rather cold and we were glad to get back to Cilcennin. Once back, James demonstrated excellent team work in helping to prepare lunch and his jacket potato, beans and sausage was mopped up in no time. Once that had been cleared away and washed up, we embarked on a project that had been started a few days earlier.

Support worker Rik, ever resourceful and quite the artist, had got James to choose farm images from the internet and from this they were able to draw a giant collage on the back of a large piece of wallpaper. They used everyday objects from around the cottage to draw their shapes and James really enjoyed colouring; he was also praised for his neatness and attention to detail. After a quick coffee, corridor football was next on the agenda. This simply involved throwing, kicking or hitting a giant squashy ball between each other at the ends of a corridor. With no windows, lampshades or anything else that could be potentially damaged in sight, inhibitions were banished and for half an hour laughing was pretty much all you could hear from the cottage.

A change of pace seemed in order after that and we decided to have a local walk. During the football and colouring sessions we could hear tractors outside. This isn't unusual as the respite cottage sits adjacent to a working farm. But there did seem to be a lot of tractor activity today so we went out to investigate. It turns out the farmer was building a new sheep shed and the tractors were ferrying around earth dug up from the field. James enjoyed watching them work at close quarters and was especially happy when they returned our waves as they went past. We then returned to the cottage and so began the hand over that marked the end of what had been a fun and busy shift.

This site uses Akismet to reduce spam. Learn how your comment data is processed. 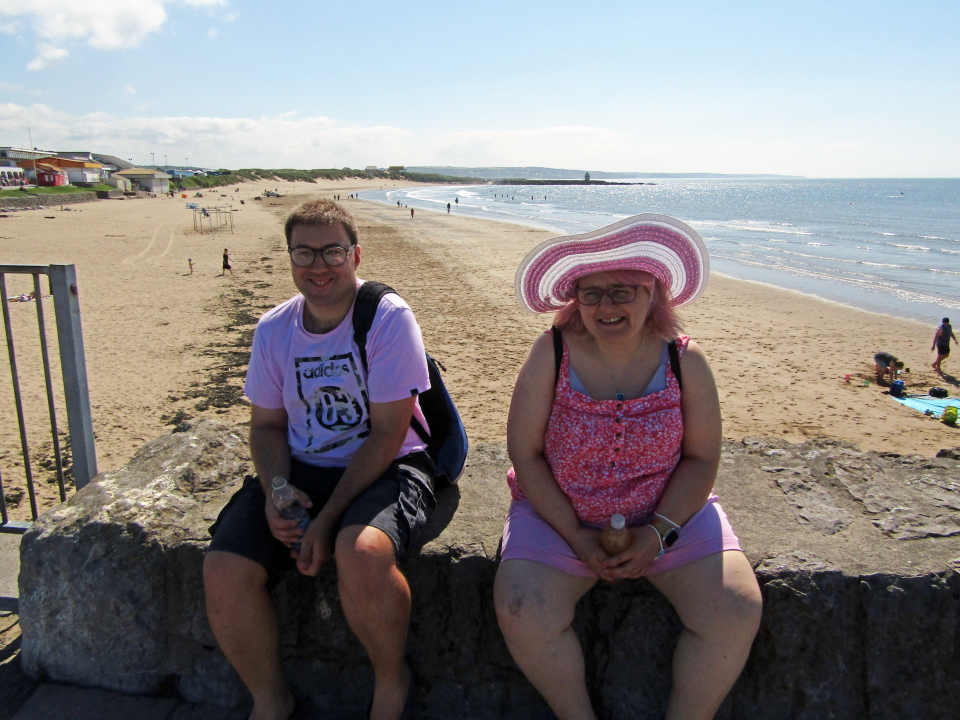 It would seem that Amanda and Rhodri were blessed with some good timing, as they enjoyed a short break in the glorious summer weather at Barry Island last week. Accompanied by deputy manager Nina Rees and team leader Ollie Clarke, their holiday was jam packed with fun, games and entertainment – not to mention gallons […] 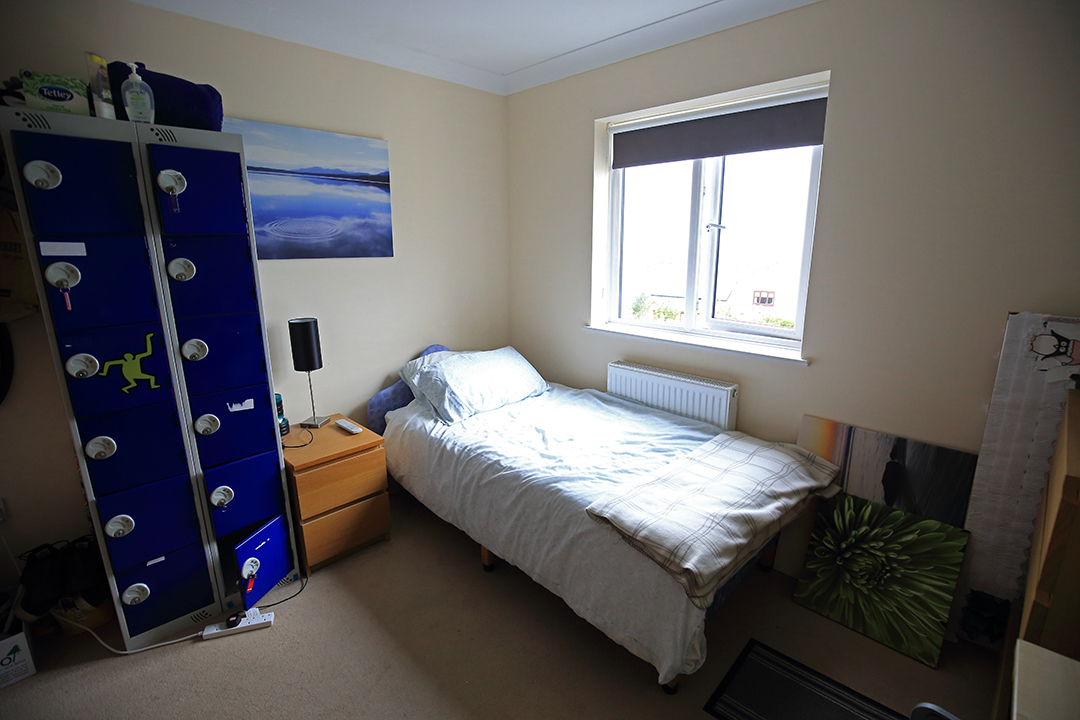 Director & Responsible Individual I initially trained as a secondary school teacher and taught for 2 years. Following this I wanted to move to Carmarthen and I secured what was at that time a ‘stop gap’ working in the NHS. Some 30 years later, having spent my entire career working in health in the public […] 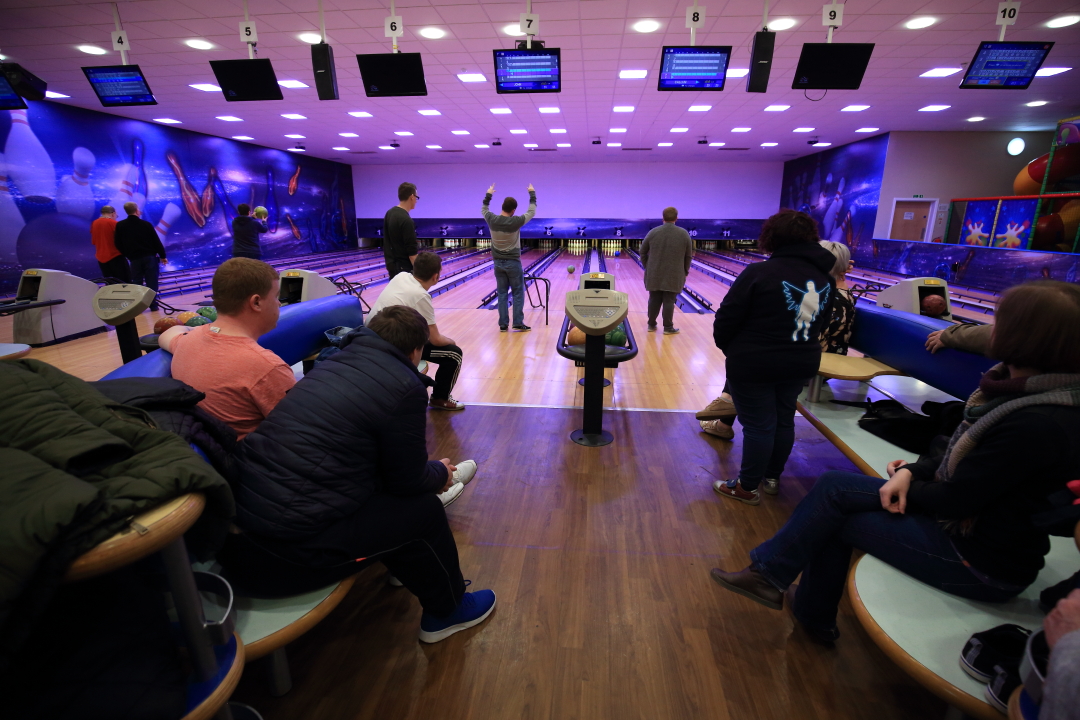 Everyone likes to celebrate their birthdays in different ways. While some may like a quiet day without fuss, others like to mark the occasion by throwing a party or going out with friends and family. For Tom’s birthday he fancied a trip to the bowling alley, so at 11am staff and service users from all […]